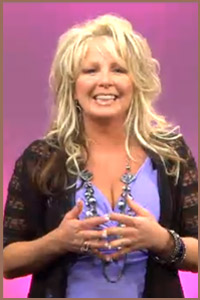 We are thrilled to introduce you to Cyd! Cyd offers a variety of services in our clinic which aid out patients in trusting their intuition and clearing emotional blocks that may impede personal healing and growth.

Cyd is dedicated to the enlightenment of humanity through her work with individuals and media around the world to raise mass consciousness.

Cyd is considered the most gifted and talented clairvoyant of our time. Internationally, Cyd is a recurring on-air celebrity for numerous syndicated radio programs. She is ranked the # 1 guest for the years 2000 & 2002 on Boston’s KISS 108FM and BEST OF SHOW on Minneapolis KQRS 92FM.

Cyd has consulted extensively with numerous law enforcement agencies around the world including CBI & FBI, assisting in the most puzzling of crimes. Cyd has been sought after by major media networks assisting in the high profile cases of Lacey Peterson, Chandra Levy, Elisabeth Smart, Jennifer Short, the D.C. Sniper and the historical Jon Benet Ramsey. Cyd has appeared on Catherine Crier Live, CNN, WB2 and both CBS and FOX have featured Cyd on special reports.

Cyd’s commitment to humanity is simple. Her goal is to allow every individual to reach his or her greatest and fullest potential. To aid in this effort, Cyd facilitates workshops and seminars covering a wide variety of topics. As a teacher to thousands worldwide, Cyd provides a variety of courses both in person, on line, and live streaming. Cyd has appeared numerous times as a special guest speaker at The Learning Annex in NYC, Alan Steinfeld’s New Realities on U Tube and U Stream.

Supporting individual’s further advancement, Cyd has provided a variety of life transformational CD’s entitled Wholeness of the Self, The Ultimate Relationship, and Returning Home – A Soul’s Willingness of Self Expression.

Accessibility by WAH
Call Us Text Us